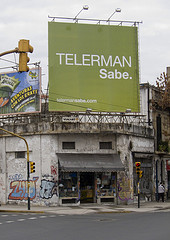 JOHN SIDES is the most insistent blog-world representative of the many political scientists who take the view that presidential elections are so overwhelmingly determined by how well the economy is doing that there is very little that political dynamics can add or take away. And the data backs them up. You can pretty much predict whether the incumbent party is going to win the presidential election by looking at how well the economy is doing; all the other things that go on in political campaigns only affect the results around the margins. And so Mr Sides thinks the desperate political manoeuvring around the optics of the debt ceiling fight was essentially irrelevant to the 2012 presidential election.

People are debating endlessly over whether who will win the â€œpoliticsâ€ of the debt ceiling battle, Obama or theÂ GOP. It doesnâ€™t matter. Or to be more precise, and to repeat my earlier post, it only matters insofar as the debt ceiling, the deficit, government spending, etc. affect the broader economy.

Matthew Yglesias agrees, but notes that this isn’t the way political actors see things. Their actions, he says, are largely explained by a mistaken belief in the idea that politics and public relations affect electoral outcomes.

“Iâ€™m pretty much an economic determinist about election outcomes, and think public perception of Barack Obamaâ€™s negotiating strategy during the summer of 2011 are largely irrelevant to his political future. But itâ€™s important to emphasize that approximately zero percent of elected officials and approximately zero percent of professional political operatives agree with this. In practice, politicians and their staff act as if every public relations battle has dramatic electoral consequences. Under the circumstances, I think President Obama is largely driven by a desire to be perceived by the public as the more reasonable party and that he is succeeding in that effort.”

I don’t see how anyone could disagree with Mr Sides and Mr Yglesias that the economy is the overwhelming determinant of presidential election outcomes, given the data. But I still think the way they discount the activities of political operatives phrases things a bit misleadingly. Part of the reason why the state of the economy is overwhelmingly determinative of who’s going to win a presidential election is that the American political system is an iterated competition between exactly two huge political organisations full of extremely competitive, trained and motivated operatives. Both sides do their jobs very well, and their jobs basically consist of politics and public relations. Under these circumstances electoral outcomes are likely to come close to a stalemate, with the winner determined by major external factors over which the players have little control, chiefly the economy (though winning or losing a war is probably pretty influential as well).

In other words, the reason why the economy is the overwhelming determinant of presidential elections is that America is a mature two-party democracy where skilled political operatives on both sides are constantly locked in a bitter struggle for advantage over the terrain of public relations. I don’t think you can claim that it would have no effect on the 2012 election if Barack Obama just decided to forget about public relations and perceptions and cede the field, hoping the economy would rescue him. So I don’t think political operatives are delusional to believe that the public-relations battles they fight are important to electoral outcomes. It’s almost impossible to invest in the stockmarket in a way that consistently beats the market average over an extended period of time, but that’s because the stockmarket is full of extremely smart and hard-working analysts who are all competing with each other to make accurate forecasts and profit off of them. Who wins at Wimbledon is probably never determined by which player has the better racquet, but racquet companies aren’t mistaken to believe that developing excellent racquets is important to tennis competition, and players aren’t mistaken to devote a lot of time to selecting the racquet that best suits them.