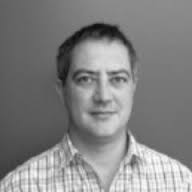 As the most heralded success or as the pink elephant in the room, employment in Argentina casts a long shadow for this October presidential election. Por Pablo Heidrich