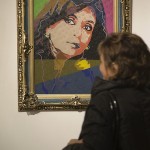 President Cristina FernÃ¡ndez de Kirchner continues to dominate the political realm in terms of popularity as the presidential October 23 election approaches. After her husband, ex-President NÃ©stor Kirchner, passed away in October of 2010, her approval ratings skyrocketed and remained at a relatively high rate. The outcomes of various regional elections earlier this year also showcased her wide-reaching influence. However, recent adverse electoral results for the ruling Frente Para la Victoria (FPV) party in the city of Buenos Aires and in the province of Santa Feâ€”two crucial districtsâ€”signal discontent among some sectors of the electorate.

Local Elections and Their Impact on the Presidential Race

Mayor Mauricio Macri from the Propuesta Republicana (PRO) comfortably won the July 10 first round of the local elections in the city of Buenos Aires against FPVâ€™s Senator Daniel Filmus, and will most likely win again in the runoff elections slated for July 31. In Santa Fe, Antonio Bonfatti, protÃ©gÃ© of the Governor and Socialist Party presidential candidate Hermes Binner, won the gubernatorial elections by a small margin. The wild card of that vote was comedian Miguel Del Sel, who ran for governor as a representative of the PRO party with the support of a large sector of dissident Peronists. Though a runner up, Del Selâ€™s performance was considered the surprise of the day when he pulled in 35.2 percent of the ballots. Macri, who abandoned his candidacy for this yearâ€™s presidential elections, claimed this result as a personal victory, positioning himself as a candidate for president in 2015. The FPV candidate Congressman Agustin Rossi finished in a distant third place.

Opposition leaders portrayed these results as a demonstration that the current administration is not invincible, questioning the validity of opinion polls that depict an easy reelection victory for FernÃ¡ndez de Kirchner (frequently referred to by her initials CFK). While it is true that both Macri and Bonfatti were the expected winners in those local elections, some observers see the results as a window of opportunity for the opposition to become serious contenders for presidency. Still, the opposition remains divided between five main candidates and none poll well enough to currently be seen as a threat to the president. CFK leads all opinion polls and, in most surveys, even tops the requisite 45 percentâ€”or 40 percent plus 10 percent difference with the second-place candidateâ€”needed in order to win in the first round.

Who Are the Presidential Candidates?

The main candidates for Octoberâ€™s presidential elections are:

The Next Steps in the Race for the Presidency

The electoral race is underway but the first national-level test will be the presidential primaries scheduled for August 14. The pace of the campaign will accelerate in the coming days and the political environment is showing signs of polarization. This could help the candidate who reaches second place in the primaries to capture the votes of CFK opponents. The opposition will work hard to take advantage of recent local results in an effort to prevent CFK from winning the necessary votes in October and to force a November runoff.

However, most analysts believe that CFK still has strong chances of winning in October. Translating Macriâ€™s party successes in local elections to the national scene could prove to be difficult, particularly as the PRO party does not have a presidential candidate. Despite criticisms and economic difficulties such as high inflation rates, CFK remains popular in the context of high economic growth. Moreover, the FPV looks strong at the national level, particularly in the province of Buenos Airesâ€”the most important electoral district.

With less than three months to go before the presidential election, opposition candidates will have to step up their game to pose a serious challenge. Meanwhile CFK needs to shore up her support base to ensure her path to reelection.